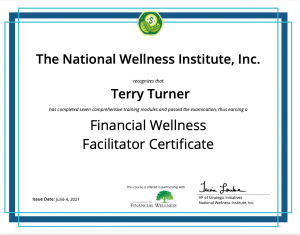 Terry Turner is an Emmy-winning former television journalist with more than 30 years of experience. He writes about Medicare and retirement planning issues at RetireGuide.com.
Prior to joining RetireGuide, he researched and wrote about medical, consumer and policy issues primarily on health-related topics.

As an investigative television reporter for CONUS Communications’ Washington bureau, he covered Congress and federal agencies for roughly 100 local television news departments across the United States.

His health writing has been featured in the Washington Examiner and cited by national media including The New York Times and MedPage Today. Terry has been interviewed by international news organizations including the BBC’s “Victoria Derbyshire” program, New Zealand’s “News Hub Nation,” and the International Consortium of Investigative Journalists for his expertise on medical consumer issues.

He was selected as a Marcom Awards Platinum Winner for his expose of how Juul used tobacco industry documents as a guide in marketing vaping products and a Digital Health Awards Silver Winner for his report on the overprescribing, marketing and overuse of dangerous heartburn medicines.